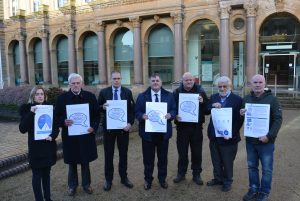 In September Inverclyde Council joined a Trades Union call for an end to austerity and a fair local government budget settlement.

UNISON Branch Secretary Robin Taggart said: “It is the responsibility and duty of both UK and Scottish Governments to ensure that public services are properly funded. Over the past decade Scottish Councils have shed tens of thousands of jobs. Of course austerity is the underlying cause of this. However successive Scottish Governments have chosen to prioritise other public services at the expense of Local Government when announcing funding settlements. This needs to change.”

Inverclyde Council Leader Councillor Stephen McCabe said: “Councils across Scotland deliver essential services to their communities but COSLA figures show they would need a revenue increase of £545m just to maintain those services next year.

“In Inverclyde a range of savings proposals have been prepared by officers. All councillors agree that none of these should be implemented until we hear the views of local residents but we would rather not have to make these savings in the first place.

The COSLA #essentialservices campaign is launched today (16 November) ahead of the Chancellor’s Budget statement next week and the funding settlement offer to local government.