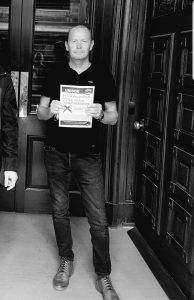 So all the talk was, that for the first time in a long time, the council would set a three year budget next year. However Brexit, an impending general election and a general sense of an unsettling financial climate have put paid to that idea. Instead, councillors decided that a setting one year budget would be agreed next year.

So what difference will this make? In truth, and to most people observing the budget process from a distance, not a lot. Less cuts will be agreed and over a shorter period, almost a third oddly enough! Politically, and from a purely public persona point of view, one year budgets are easier. From a fiscal planning perspective they do no more than kick the proverbial can down the road. The one year vs two year vs three budget setting debate has been doing the rounds for years, but we are where we are and a one year budget it will be.

So how much cuts will be taken? Being precise is always difficult at this stage since a lot of the financial information required to fix a budget has yet to be announced. The most recent projection based on a three year period was that the budget gap would be in the £19m range. However this is before adjustments and council tax increases. If we factor in just over £3m of ‘soft’ cuts (over three years) approved by the council in September and a further £2.1m of ‘soft’ cuts (again over three years) due to be agreed in November then the budget gap for 2020/21 will be much less than a third of £19m.

UNISON’s position will remain resolute with negotiations focused on protecting job and services. Our argument that not just the people but the jobs themselves matter has been a very persuasive one in previous years. It may not always be the most popular position especially amongst members looking for opportunities for early retirement or voluntary redundancy. However as a public service Trade Union organising members in an area such as Inverclyde, it is absolutely the correct position.

Addressing issues such as de-population, poor health and poverty (including in-work poverty) requires a strong and stable public sector workforce. It does not need important front-line services fragmented by cuts and job losses. Many vital services will again be under threat. Community and adult learning and youth work services, Libraries, Safer communities are amongst those who no doubt will be offered up for cuts and our efforts and campaigning is about to start again.