The previous years Minutes were then approved with no matters arising.

The Branch Accounts for 2019 as audited by the external auditor were approved. 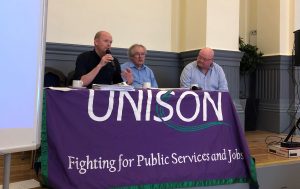 The Branch Secretary, Robin Taggart gave an update of the Inverclyde Council Budget and covered other issues relevant to members in the other employers covered by the Branch. 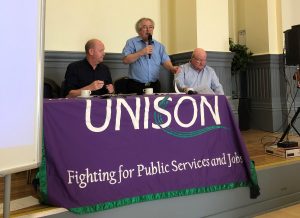 A.O.C.B. followed and Pat Clark brought attention to the 200th anniversary commemoration of the 1820 Radical War and the events in Greenock on 8th April 1820 which saw 8 people killed, including an 8 year old boy and International Workers Memorial Day where we remember the dead and fight for the living.

The meeting was then brought to a close when Pat Clark thanked everyone for their attendance.