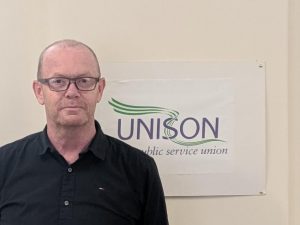 On the 3rd December Inverclyde council agreed their budget strategy for the period 2021/2023. It is anticipated that the budget gap for this period will be in the region of £10.5m. Although the budget will not be formally agreed until next February/March, including the level of council tax increases, the report approved on the 3rd will mean that the budget for 2021/22 will have a very limited impact on jobs and services – much the same as last year.

This is something which the branch have been campaigning for as we believe that we need a budget which aims to protect jobs and services, especially in the current climate. What has been agreed is that a small number of employees will be released on voluntary severance – these have been taken from the pool of employees who were made conditional offers of VER last year – it amounts to 5 or 6 employees in total. There will also be a number of vacancies removed which have been vacant for more than a year. This means that those members who have been used to this cyclical process of being invited to meetings to be advised that their jobs may be at risk can be reassured that their jobs are safe for next year. The budget for 2022/23 will not be finalised until later next year but the signs are positive that reserves may be used to bridge any funding gap for this period.

The council also will agree to spend a significant amount of money – £5.6m – on a local jobs recovery programme. The funding for this programme will probably come from re-profiling the council’s PPP payments for schools. This has been made possible following the Scottish Government’s decision to grant councils fiscal flexibilities. These allow councils to generate one of sums to meet budget pressures linked to Covid.

Whist this reflects a positive position at the moment, it doesn’t fully mitigate other challenges moving forward such as the UK Government’s public sector pay freeze. This will require a huge effort by UNISON and members to resist this position and campaign for a properly funded pay award for council workers next year.