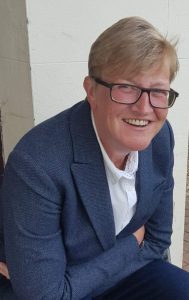 Tracey Dalling takes over from her predecessor Mike Kirby, who retired after decades of service to UNISON. She took up the post this week.

Tracey was most recently Regional Secretary for UNISON’s Greater London region however she has been active in UNISON Scotland since UNISON started in 1993 and in NALGO before that. This follows the recent appointment of UNISON UK’s first female general secretary, Christina McAnea.

Tracey says she is incredibly proud to be heading up Scotland’s largest public services union. UNISON Scotland represents over 150,000 members, over three quarters of whom are women.

Tracey Dalling, UNISON’s Scottish secretary, said: “I have represented UNISON members in Scotland for many years and I look forward to continuing to do so in my new role. We may be emerging from the pandemic, but it is the start of another huge period of change as our members are further pressed by pay and pension squeezes with bleak choices on managing household bills.

“UNISON has clear priorities: the crisis in social care and new national care service; investment for local government; the staffing crisis in NHS; fair pay settlements for all public service workers; protecting all our pensions; equal pay; climate change; and a strong voice for all our public services and those that deliver them. I look forward to the challenge ahead.”